Facts About Queen are lesser known to Public, Even though Queen Elizabeth II was one of the few global leaders who was always in the spotlight, the Royal Family has always been somewhat of an enigma. With bizarre rumours and even accusations surrounding the Royal Family, it has been a challenge to find out the people they truly are. Queen Elizabeth II was one of the world’s most influential leaders, and yet people are barely aware about anything other than the strict rules followed in Buckingham Palace and all the Non-Disclosure Agreements that are signed.

As an ode to the great leader Her Majesty The Queen was, Feedhour has brought to you some of the most interesting, lesser known facts about the great monarch.

These are the 10 interesting facts about queen Elizabeth II-

7.     The Queen’s last act, two days before her demise, was to appoint a new Prime Minister, Liz Truss, the former Foreign Secretary. They were photographed shaking hands when Truss accepted the 15th Prime Minister of the Queen’s reign.

8.     Her Majesty The Queen was the only person who did not need a driving licence to drive or a passport to travel. This is because both documents were issued in her name, meaning that she was not required to have them. This is a privilege held solely by the monarch.

9.     The Queen volunteered as a truck driver during WW-2 before she took over the throne from her father – making her the first member of the Royal Family to serve in the military.

10. The Queen owned over 30 Corgis. Her Majesty was a dog lover just like us! She had 30 corgis over the lifetimes, sometimes even 9 at a time! There were all descends of her first corgi, gifted to her in 1944.

The Queen lived a long and fulfilling life. May her soul rest in peace.

10 Best Places to Visit for Holiday in Spain 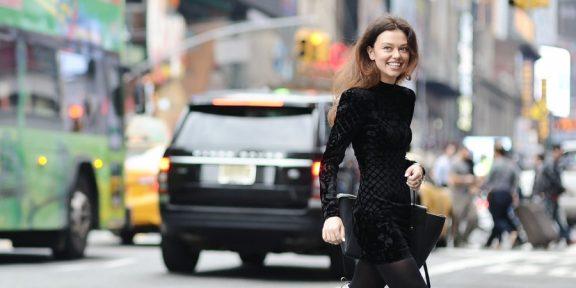 A velvet mini dress is a perfect outfit for a night out. It is stylish and sexy, and it will make you… Bonprix bikini Sets, A bikini is a type of women's swimsuit that is typically worn in the spring and… Know Everything About Car Rental In Hawaii 10 Best Bora Bora Resorts to Book for your Vacations

Everyone dreams of vacationing in a luxurious resort in Bora Bora. This French Polynesian paradise is… Our poor feet endure a lot, from being squished into constricting foot Massage Machines to supporting… Everything you need to Know about Qatar Airways is here: Honest Review

QatarAirways is one of the youngest and best international airlines in the world. It has flights to… Best Time To Visit Switzerland, Switzerland's distinctive mountain scenery is as well known as its watches,… How the World Reacted to the Death of Queen Elizabeth II

The death of Queen Elizabeth II has been the news of the hour. The World has been mourning, and the…