Heartstopper is a book that will lighten up your mood with its charming story. The Heartstopper book series includes beautiful drawings to portray a teen love story. It is about two friends and their relationship journey. This should be in your library if you enjoy romantic books or audiobooks.

The story of all heartstopper books goes like this:

“At school, Charlie and Nick first meet. There, Charlie faced persecution, but now he can speak openly about his homosexuality. Although he never had a chance to speak with Charlie. Nick plays rugby for the school, and I have heard a little about him.

Charlie and Nick share a desk and attend the same classes. They rapidly become friends, and even though Charlie doesn’t think he has the slightest chance, he soon develops feelings for Nick. They visit each other’s homes and have similar interests. His friends wonder, “What does Charlie see in this strong boy from the sports team?”

Although Nick himself is unsure of what is happening to him, he feels that Charlie is the one person with whom he can truly be himself. At a friend’s birthday celebration, Nick, and their relationship finally come to an end. Charlie is left wondering what exactly happened and whether Nick still loves him.The first Heartstopper audiobook volume-based Netflix series with eight episodes is now in development”

It was a very beautiful story that paid more attention to the beginning of the relationship.” Excitement arrives when Charlie and Nick come together in the story. Charlie’s friend Elle at one point wonders whether she has feelings for their other friend Tao.

It might look unfamiliar with an art-school twist, but somehow the story was successful in grabbing the attention of the audio listener. Although, there are some conflicts among Charlie’s friends, Charlie and Nick remain the main focus.Although, you can listen to some adult voices in-between the story like their Parents’ Voices and the Head Teacher’s Voice. According to me, the role of adults in this story was quite non-existent.

Even till the end, it was not clear who would be the perfect audience for this teen romantic story because it showcased multiple dates with milkshakes and heartfelt hugs all around. However, it feels like they are targeting a younger audience as their viewers.

This story has also focused on a sophisticated understanding of sexuality as a spectrum. The adult roles, such as Charlie’s Mom, have portrayed her as an understanding parent who supports her son for his sexual orientation.

However, Charlie joins the rugby team for Nick and also expresses his disapproval of the notion that he won’t be any good since he is a particular type of gay male.

Many teenagers go through this stage where they are confused about their preferences, just like Nick when he searches Google for responses to queries he has regarding his sexuality and takes a questionnaire to determine whether he is homosexual or straight.A few dialogues in the Heartstopper audiobook were very real, like “when I was a teenager, and I had a crush on a straight boy, I just repressed it and suffered.” A lot of teenagers face the same issue at this age.

Teenage boys and girls would likely find this book more relatable due to similar thoughts. One of the main attractions of this book is that, even after being one of the Comics’ fancy audiobooks, it still manages to keep things real and end on a positive note.

Heart Stopper Books is a sweet, uplifting adaptation of Alice Oseman’s webcomic about the romance between two British grammar school guys. At the very least, this sweet youthful romance is heartwarming from the same-titled graphic novel series by author Alice Oseman. The background music, acting, and visual details of the series have made the issues of teenagers seem more real.

Charlie and Nick, the two main figures, discover one another, develop a bond, and ultimately discover happiness. The Heartstopper audiobook describes their love for one another but doesn’t end in disaster or despair. This story gives the younger generation hope that things can and do get better.

The relationship between Charlie and Nick has not been smooth since the beginning, but they have worked on it together. The love and hate relationship between these two mirrors the situation of today’s teens perfectly. Another thing that drew me to this Heartstopper audiobook was the characters’ seemingly random thoughts about not understanding themselves, and their ongoing battle with the idea of their true sexual preferences.

Since it is a comic book fantasy about LGBTQ+ youth, it smooths out any sharp edges and emphasizes the sweetness of the romance at its core. Time spent in its presence has a calming effect.

What is the total number of audiobooks available for Heartstopper?
As of April 2022, there have been a total of four volumes published in the Heartstopper series; however, the fifth and final book of the series is anticipated to be published later that same year. On October 13, 2022, a companion book that will be named Heartstopper Yearbook will also be released.
Is the book Heartstopper suitable for all audiences?
Despite this, there is nothing in Heartstopper that comes close to matching the creepiness of a Demogorgon. The series contains explicit sexual content, which is the primary factor contributing to its grade. If it’s anything like the graphic novels, the only things you need to worry about are a few cuss words and some homophobia from a few of the students at the school. Other than that, there shouldn’t be much else.
How many audiobooks are there for Heartstopper?
Heartstopper has four volumes as of April 2022, although the fifth and final volume is expected to be launched in 2023. Book The Best Hotels At Disneyland Paris For Your Next Trip

Whether you are visiting Paris for the first time or the hundredth time, going to Disneyland is a must.… Explore the best hotels in Marbella for a pocket friendly vacation

Hotels In Marbella, Marbella has a wide range of beaches, a charming old town, and some of the best… The 6 Best Hotels In Manhattan, New York to Visit in 2023 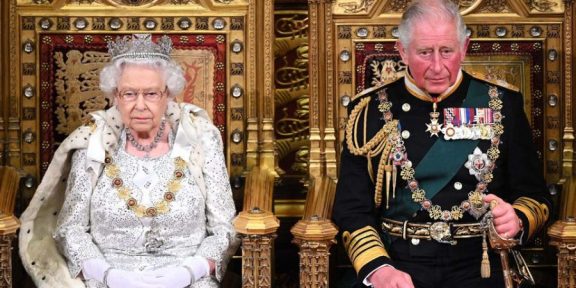 September marked the end of the reign of the longest serving monarch of the Royal Family. The 8th of… Finding the perfect bra can be difficult, especially when there are so many to choose from. But, with… Over 30 million visitors from around the world travel to London each year for many reasons. The area’s…