The capital of the Netherlands is Amsterdam, which is renowned for its rich cultural history, intricate canal system, and small homes that date back to the 17th century.

Along with these, there is an abundance of Top Places In Amsterdam,  Instagrammable locations in Amsterdam which will make your feed pop off and have everyone wishing to visit those same places too!

Booking.com will be your one place to find the perfect match of sites to stay based on your preferences and needs. Pick a location of your choice and you will have the filters to choose and stay near that specific attraction. No matter what you want to do, Booking.com has you covered. From fun experiences to luxurious stays that you will cherish for a lifetime, they have it all.

So let us hop into this list of top  places in Amsterdam that’s Instagram-worthy:

The Bloemenmarkt is the world’s only floating flower market. Located centrally, this place is a dream for all flower lovers since you not only get to see almost all types of flowers, but you can also get them for yourself or your significant other. Bursting with colour, this will be a great addition of pop to your feed.

Keukenhof Gardens are often referred to as the ‘Most Beautiful Spring Garden’ of the world. These gardens are only open from 23rd March to 14th May every year, but their beauty is something you cannot miss. Located close to the city, this is an attraction worthy of your Instagram pictures and an even more memorable and magical experience.

De Zaanse Schans is a riverside village with traditional windmills & workshops making wooden clogs, cheese & pewter goods. You can visit this place via cycling or sailing up here. This picturesque village is home to windmills and traditional Dutch houses, making it the perfect place to snap a postcard-perfect pic.

One of the most gorgeous locations in Amsterdam is the Rijksmuseum Library. It’s the ideal setting for an Instagram photo shoot! The Rijksmuseum’s library has more than 700,000 artefacts, including books, paintings, and sketches. The library is a terrific location to unwind and admire Amsterdam’s magnificence because it boasts lovely Gothic arches and ceilings.

A viewing platform with an unmatched spectacular view of Amsterdam is called A’DAM LOOKOUT. A 20-story terrace with a restaurant/bar and an over-the-edge swing is accessible through an elevator that features a light show. In addition to being fairly literal, we are confident that this place won’t leave you in the dark.

The Congregation of the Blessed Sacrament oversees the Begijnhof Chapel, a Roman Catholic chapel honouring Saints John and Ursula. One of Amsterdam’s oldest hofjes is this one. It is among Amsterdam’s hidden beauties, and its interior court has hosted a number of important historical occasions.

The Nine Streets District is really the place for you if you take pride in your cottage-core aesthetic. This neighbourhood is full of adorable stores, inviting restaurants, and chic pubs, making it the ideal area to unwind, relax, and take some casual shots while strolling through.

The Canals in Amsterdam

The Grachtengordel, three major canals that were created throughout the 17th century during Dutch Golden Age, form concentric belts surrounding the city. One of the simplest methods to traverse the majority of the city is by using these canals, which would provide you immediate access to around 1550 monuments to use as a frame for your photographs.

The Damrak is among those locations whose beauty is admired by both visitors and locals. Walking down its cobblestone path leaves you feeling warm and comfortable unlike any other place could, and the gorgeous architecture offers a sophisticated backdrop for both you and your photo sessions.

The Royal Palace of Amsterdam

The Amsterdam Royal Palace: The Royal family has access to three palaces throughout the Netherlands, including Amsterdam. However, it is now accessible to the general public, who can stroll through the palace’s numerous rooms and corridors and take photos of the historical site. It is among Amsterdam’s most gorgeous locations.

The list of places you can visit and click pictures is not exhausting. These are merely a few of the top places on our list and Booking.com will be the one to accommodate you with all your travel plans and accommodations as well as bookings for the experiences.

What is the most visited place in Amsterdam?
The Anne Frank Huis (Anne Frank House), the most popular tourist destination in Amsterdam, is located along the Prinsengracht canal. It is a biographical museum and writer’s home devoted to Jewish wartime diarist Anne Frank. In a covert annex on Amsterdam’s Prinsengracht, Anne Frank spent more than two years evading capture.

What is Amsterdam famous for?
Amsterdam is well-known for its museums and the opulent structures of Museumplein. The Rijksmuseum, the Stedelijk Museum, the Van Gogh Museum, and The Royal Concertgebouw are also located there. The Museumplein is regarded as Amsterdam’s cultural centre.

What is the most famous street in Amsterdam?
The most well-known street between Amsterdam Central Station and Dam Square is called Damrak. It is the most touristy street in Amsterdam due to its proximity to a transportation hub, and there are restaurants, cafes, souvenir stores, hotels, tour operators, and other tourist destinations all along the route. Beurs van Berlage, a former stock exchange that is now a convention centre, dominates one side of the street.

Read More Such Article at Feedhour.

How to create an eCommerce website without coding, using Jimdo Top 10 Smart Watches for Men to wear at all events

Unlike smartphones, modern smartwatches aren't necessary pieces of technology, making getting through… 10 Fun Things to do in Blackpool

Blackpool houses on the Irish Sea coast of England. There are numerous places to visit and fun things… To keep their profit levels stable, retail organizations need to strike a balance between their inventory,… Check out the Top 5 Smart Home Devices at Feedhour

Smart Home Devices The smart home is here to stay, and the best smart home gadgets get easier to use… 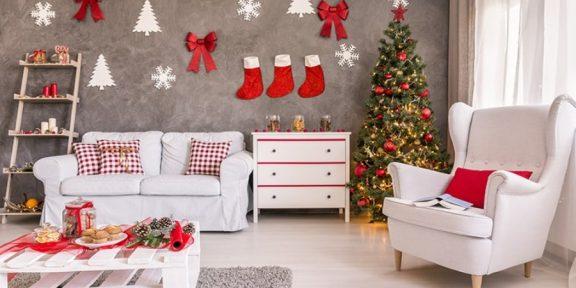 Choosing your favorite part of celebrating Christmas is difficult, given the plethora of options available.… Harry Maguire has seen great success while playing for a variety of clubs during his career. On the… Travel UK by Train for the Most Budget Friendly Tour

Trains for sure have to be one of the cheapest, convenient and even eco-friendly modes of transportation…

feelunique is a website that offers a range of beauty products, including skincare, haircare, and makeup.…

10 Fun Things to do in Blackpool Is It a Bank Holiday on Queen’s Funeral?

With the Queen’s death on 8th September,… Qatar Airways Business Class Bookings Review: To Book or not to Book?

Qatar Airways is known for its award-winning…